The world’s wildlife need our support

There’s a reason why animals that are not traditional pets or farm animals are called wildlife. They are meant to stay wild. Not hoarded. Not bought for someone’s pleasure. Not stuffed in cages or paraded around in a circus. Not cooped up in zoos that are unable to provide for creatures needing immense acreage. Not dominated like inferior beings. 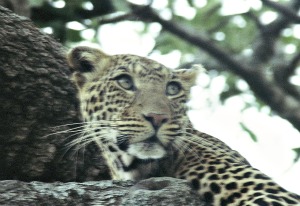 Leopard circa 1983 by Mary Purvis

Ohio’s scandalous shooting of way too many exotic animals gave us pause. It takes a tragedy such as this for state officials to realize that laws need to be in place in order to have dominion over humans who insist on acting out the wrong definition of dominion over wildlife.

Enactment of new laws will prevail, but it doesn’t solve the world’s wildlife crisis.

Africa’s poaching epidemic is now a catastrophe. Habitats around the world are disappearing for one reason or another.  Human/wildlife conflicts are becoming common. The bushmeat trade is on the rise.

A group that has said enough to these issues and is gaining momentum is “Kenyans for Wildlife.” Originating in Nairobi, members are comprised of Kenyans and individuals from around the globe who care about Kenya’s wildlife heritage and are concerned about its precarious state.

Now that we’ve seen the occupation of Wall Street go global, perhaps it’s about time to start our own occupation – An international wildlife occupation.

The seed has been planted for an international wildlife movement. If we wait it’s too late.

There’s a reason why humans are collectively called mankind. We have an inherent kindness and capacity to care for the creatures we share this earth with, not eliminate them. They are counting on us.

To join Kenyans for Wildlife please go to their Facebook page:  https://www.facebook.com/#!/groups/kenyansforwildlife