Not much has changed since the 2013 release of the book “Ivory, Horn and Blood.”

Poaching and wildlife trafficking has not changed much since  Ivory, Horn and Blood was published in 2013. 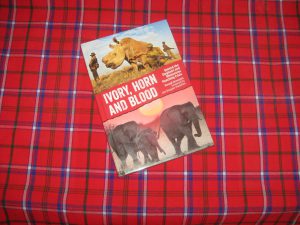 Botswana, and Feisal Ali Mohammed’s release from a Kenyan prison.

Written by Ronald Orenstein with the forward penned by Iain Douglas-Hamilton, the book is still relevant and a valuable resource.

The author is a zoologist, attorney and conservationist who has written a plethora of books on wildlife and birdlife. He is also a member on the board of directors with the Species Survival Network.

If you love rhinos and elephants, and their threatened wild existence is alarming, then this book is a must-read.

Orenstein combines meticulous research with shocking revelations into the senseless poaching epidemic. He delves into each species of rhino and elephant, eloquently explaining the history of each and why some species no longer exist, and why others are in extreme peril.

He shares his knowledge of CITES in an easy-to-understand chapter; and examines how the war on terrorism has impacted poaching, which he also comments on in this YouTube video.

**Based on new information, Dr. Orenstein has informed me that since the book was written and video filmed, the link between Al Shabaab and ivory poaching proved to be based on inaccurate reports. The role of organized crime (and, probably, at least some terrorist militias) on ivory poaching is, however, well-supported.**

1. Mary: The incidents involving rhinos and elephants that were portrayed in your book were truly horrific. Do you think that elephants and rhinos find themselves in a more precarious position now, than in 2012 when your book was penned? and why?

Ronald Orenstein: I am hoping, despite recent events in Botswana, that things are improving. If China and Hong King really enforce their planned ivory bans, and follow them up with public education campaigns, this could make a big difference. Also, the increased attention wildlife crime is getting at high levels is welcome. However, we certainly cannot afford complacency, and the pressure on Asian elephants may be increasing (including the population in Borneo).

Rhino conservation has not changed as much, and the big question is whether we can stave off the attempts by South African rhino breeders to re-open legal sales. I think we can, but you never know.

2. Over the years it was almost a given that the elephant herds in Botswana were thriving and growing. This past week it was reported that at least 87 elephants along with several rhino were discovered poached near the Okavango Delta. In April 2018 the new president was sworn in, a month later he disbanded the country’s anti-poaching unit with no explanation. We can only assume corruption. What is your feeling about this?

I wouldn’t be so quick to assume this, though it is certainly possible. I have yet to hear anyone suggest corruption, and had it been blatant I think I certainly would have. This could have been a misplaced austerity measure, and the government seems to realize it has made a serious mistake. We’ll have to see what happens over the next few weeks, and I expect to hear more at the CITES Standing Committee meeting in Russia next month.

3. I am sure you have been following the capture, trial then subsequent release of Feisal Ali Mohammed in Kenya. Given the controversy surrounding this, is there hope this guy will ever be brought back to justice? If not, what should be done?

On this I really have no inside information, but I suspect this relates to the whole issue of government corruption in Kenya and may depend on the wider consequences of this issue. I also do not know what provisions in Kenyan law might permit his re-arrest in what would seem to be a double-jeopardy situation. Which is a long way of saying “I don’t know.”

4. I am always asked, “what can we do to help stop these atrocities against wildlife?”  So I am asking you, what can we do, wherever we reside to make a positive impact?  What are your thoughts?

Of course the obvious things are to shop intelligently (especially for tourist souvenirs) and donate wisely, but key is to know the position of your political candidates, vote accordingly and let it be known what motivated your vote. As an American this should be particularly important for you with the mid-terms looming, especially given the attacks by Republicans on the Endangered Species Act, Ryan Zinke’s pro-trophy hunting position, etc.

5. Lastly, what was the catalyst that pointed you on the path to wildlife conservation?

I’m not sure that there was one as I have always wanted to be a zoologist (from early childhood); however, after earning my PhD (and failing to find a ready job) I took a law degree and did a directed study on international treaties involved in wildlife protection. This led me particularly to take an interest in CITES and wildlife trade issues.

Thank you so much for your time and expertise Dr. Orenstein!

The book can be purchased via Amazon, and Dr. Orenstein can be reached at:  www.ronorenstein.blogspot

If you have not had the opportunity to watch the 2015 documentary Gambling on Extinction – it can be viewed or purchased via Amazon.

For a few weeks now the Kenya Wildlife Service has been “trying” to resolve their dead rhino debacle.

No one knows for sure what really happened or how many died because the reports keep changing.

The 11th is up for discussion since reports and photos vary. It was stated the rhino had died, then lived but attacked by a lion, and now dead again – we think.

I know Kenya’s Ministry of Tourism and Wildlife has been sorting things out to ensure this never happens again. But will they? Or will the games continue until another disaster, much worse, comes around? What will grab their attention?

I should talk – right? considering what is happening with our administration. And yes that’s another tale.

But contemplate this – the 2007 Kenya election. Due to unrest, tourism took a dive and the country plunged into an economic nightmare. Game reserves and parks were void of tourists, lodges closed, Mombasa beaches deserted. At the normally sold out Mountain Lodge, a handful of us spent the night.

Kenya was desperate to reclaim its tourism dollars.

A report published by the World Travel and Tourism Council states the 2018 economic impact for Kenya is expected to grow by 5.2% from 2017, and the country is expected to attract 1,372,000 international tourists.

I do not think Kenya would want those numbers to drop because of continued wildlife oversights.

And the endangered rhino performing in a Russian circus?  Well that’s for another day.

Welcome back to the Makena Safari Tales blog!

Global destabilization of wildlife,  and the current administration’s anti-conservation doings has prompted me to re-introduce my blog. 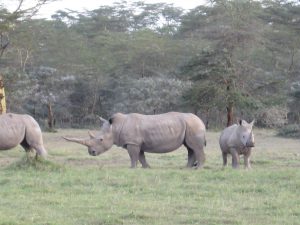 My mission: To provide you with tales that are conservation driven, sometimes controversial, but respectful without vitriol.

So, in the coming months, look for interviews celebrating researchers, wildlife vets, artists, writers and photographers who work to save our precious wildlife.

Look for stories about travel – ground operators, tour companies and conservancies who promote conservation; and reviews on books and periodicals that focus on Africa and wildlife.

Most of all, it’s about hope, and what we can do to assist ongoing conservation efforts that will provide a more secure future for every living thing.

I am sure the Kenya Wildlife Service and the World Wildlife Fund know that the debacle was inexcusable. Several officials have been suspended, but is that enough?

My hope is that this will never ever happen again to any species that KWS relocates. The incident reminds me of September 2011 when KWS relocated elephants into the Mara with subsequent tragic results. To read story

*An update – the 11th rhino has survived and presently healing from a lion attack.

*Reminder to my present subscribers – due to new privacy laws and my new newsletter format, please take a moment and go to the subscribe box to re-subscribe.

Happy New Year’s, or is it for Africa’s wildlife?

I had hoped my New Year’s message would reflect that, but it doesn’t.

Since the birth of the New Year the poaching epidemic has blossomed with a vengeance, and I don’t even know where to begin.

What I do know is this: I need your help in stopping the transfer of 14 infant elephants to Chinese zoos.

These babies were stolen from their families. 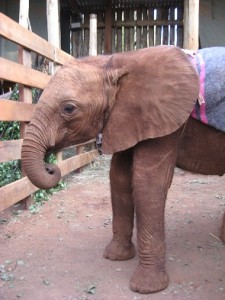 This is taking place in Zimbabwe.

So now not only are the Chinese lusting for ivory they want baby elephants.

One transfer has already been completed with one of the four infants already dead.

These infants are young – under two years old.  It’s a fact that elephant babies are milk dependent until at least the age of two.

It also is a fact that a specialized formula is needed to help these infants thrive. Dame Daphne Sheldrick can attest to that.

And it’s a fact, that these babies much like humans bond with a parent figure. There are no parent figures in this case.

China’s climate is also not suitable for African elephants.

Shipping to China IS detrimental for the survival of these infant elephants.

These infants need to stay with their families. The living environment they are going to is intolerable for elephants of this age, and most will perish.

Below is a contact list of individuals who need to be mailed as soon as possible because the decision to send these babies will be made within the next few days.  We need to let Zimbabwe authorities know that the global community will not tolerate this.

These are the officials being emailed:
Mr. Edson Chidziya, Director General  of Zimbabwe Parks Authority
echidziya@zimparks.co.zw

For further information please go to the Save Queenie Save Elephants page on facebook.

Yesterday in South Africa a mother rhino was poached while giving birth.  It seems as the year goes by poachers are becoming more and more twisted to the point where the word “human” no longer defines them – not that it ever did.

On the Outraged South African Citizens Against Poaching face book page the count of rhinos poached is now at 629 for 2012.  If poaching continues at this rate I shudder to contemplate what 2013 will bring.

According to the State Department, and conservationists who have testified in front of Congress regarding the global poaching epidemic the war is on, but if something is not done soon it will not matter!

Awareness and money seem to be key components in stopping this war.  Global public outcry is imperative to spur governments into action bypassing the political rhetoric. Money is imperative to fund the front-line defenses against these wildlife terrorists who are becoming more high-tech and brazen as time goes on.  They are probably sitting in the African bush right now laughing at the rest of the world because they get by with this cruelty time and time again.

This new year is the time to act!   2013 needs to be the year where we can look back and say “yes, collectively we made a difference and our wildlife became secure.”  It can be done!  We need the financial clout and voices!

Meanwhile until we can get Pass the Torch for Rhinos and Elephants literally up and running for 2013, three conservation organizations that could use your help are Big Life Foundation and Lewa Conservancy in East Africa, and Palala Rhino Sanctuary in South Africa.