The debacle of wildlife harassment

Anyone who has ever been on safari has seen the scenario of a multitude of vehicles loaded with tourists up way too close and personal with wildlife, usually carnivores. 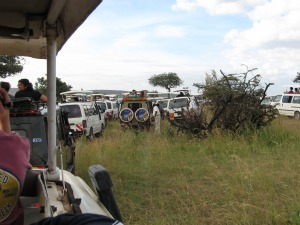 tourist crowding in front of a leopard

Years ago during my first trip to Kenya, I was one of those participants.  The driver tore after a cheetah that was going for a kill.  When the dust settled we all had amazing photos.

It wasn’t until later I realized what the driver had done, and what the ramifications were.  I had no idea it was wrong, since safari code and conduct had never been discussed.

Because of my experiences I have written a nine part series about wildlife harassment.  In the process I realized I dug up more questions than answers and only touched the surface – but it’s a start.

So here’s the link to part one: