Disneynature did it again! An extraordinary look into Africa’s wildlife. But this time I was disappointed. Perhaps my expectations were too high.

Disney’s cinema-photography, especially aerial footage over the Rift Valley, is spectacular and captivating. 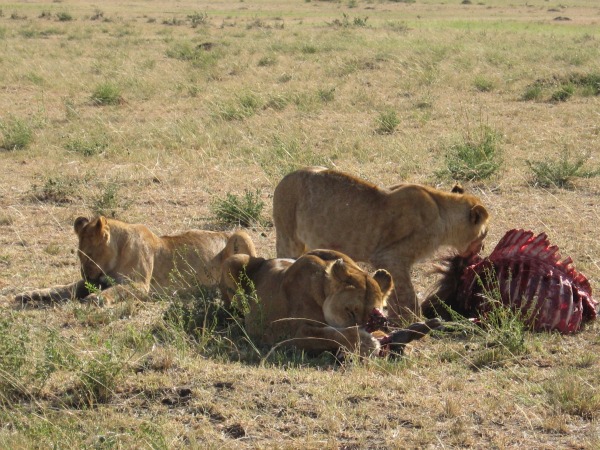 The movie’s release coincided with Earth Day, but since the story line portrays two feline mothers and their families, not conservation, perhaps it would have been more appropriate to release the film over Mothers Day weekend.

Disney filmed over a two year period in the Mara Triangle, documenting the lives of lioness Layla, her daughter, Mara and their extended family – the River Pride; and a cheetah called Sita, single mother of five cubs.

Interwoven throughout the saga, a rival develops between the father of the River Pride and Kali and his sons from another pride from across the river.

If this is supposed to be a factual documentary then why did Disney change the names of the prides involved?  Most certainly not to protect the innocent,  so here’s the scoop:  the River Pride is really the Serena Pride;  Kali and company are really Notch and his sons, famous from BBC’s “Big Cat Diaries.”

Disney also left out the most important information of all – Africa’s big cats live in precarious circumstances.

Lion numbers are declining at a rapid rate from continued human/wildlife conflict, and at this pace, they will be on the endangered species list in a few years.

Cheetahs fare even worse. As depicted in the movie – they live a solitary existence, 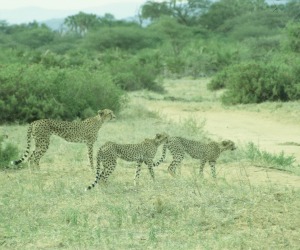 Three brothers on the hunt. circa 1993

consequently their young are vulnerable to other predators. Their kills often become dinner for hyenas, jackals or other opportunistic species.

They also have issues hunting when tourists come too close, which is becoming more frequent due to tourist overcrowding. A few months ago, a cheetah cub was hit and killed when an overzealous driver attempted to provide the perfect photo op for his clients.

As always with a Disney movie, it ends with the big cats living happily-ever-after.

Unfortunately, the happy ending didn’t last long for the lions. After Disney finished filming, Notch and his sons suddenly abandoned their pride for some mysterious reason. Researchers believe it could be due to the Maasai grazing their cattle in the vicinity. After the abandonment, two new males moved in, killing cubs and systematically destroying most of the pride.

Such is life in the savannah.  But just like life anywhere – it’s filled with family, love, joy and sorrow, and Disney illustrates that perfectly.